“WHY THE MEDICAL SYSTEM PUSHES VACCINES SO HARD”

I used to argue with people about whether vaccines caused developmental disorders like autism and ADD—now I know I was wrong. They don’t just cause those issues: They cause a PLETHORA of long term conditions, depending on the individuals own constitution.

For those of you in “The Vaccine cult” who believe “Thou shalt not critique the holy vaccine”, let me ask you something: Do you KNOW what’s in those shots? No—- you don’t.

Most of you Belieeeeeeve in your doctor and the company making them because you were taught to “trust experts” But here’s a fact: 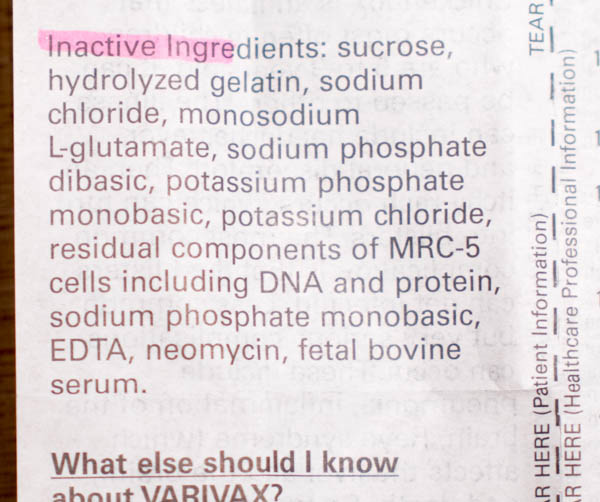 THE MEDICAL ESTABLISHMENT DOES NOT MAKE $$ IF YOU ARE HEALTHY.

So if you think about it, their push of vaccines COULD NOT POSSIBLY BE ABOUT KEEPING US HEALTHY. That would be detrimental to their BUSINESS MODEL.

So look at the list of ingredients in the next shot you’re being told you need, or that your child needs. Trust me, you will be shocked. Aluminum and Mercury are just a few of toxic ingredients that you will see.

Now, Aluminum and mercury are two of the most dangerous and unhealthy things you could put into your body! Worse still, they are FAR worse in a young child’s body because they are smaller and have less developed Blood-brain barriers. (especially boys)

So these shots are not helping you to be healthy or “to build up immunity” FACT: YOU DONT BUILD IMMUNITY TO SOMETHING BY INJECTING YOURSELF WITH HEAVY METALS.

No, on the contrary, by injecting you with these types of metals as often as they want in the early developing years of life, ALL THEY ARE DOING IS MAKING IT MORE LIKELY THAT YOU WILL BE PLAGUED WITH CHRONIC INCURABLE AILMENTS YOUR WHOLE LIFE. 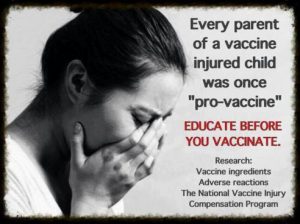 We are told this by a man who is going to profit off EVERY SHOT THAT IS GIVEN.

We are told this by a man who along with many of his associates is ON RECORD for thinking we have “too many people” and that “this is the reason the Planet is dying”—a man who made billions selling flawed software that forced us to BUY VIRUS PROTECTION.

See the similarity? Here’s my dream:

My dream is that someday soon, people are going to look back on this whole vaccination scam in the same way we look back now at people “Applying leeches”, or doctors “Recommending Camel cigarettes”—with laughter, sadness and contempt over the system that knowingly promoted these poisons to create medical customers.

So lets end with this warning: if you submit to this and line up for a vaccine promoted by these criminals, you are going to regret it for the rest of your life.

Let me tell you something else:

If you take this shot , or shots and become ill, I and many others who tried to warn you will probably not have much sympathy for you.

The reason? WE TRIED TO TELL YOU.

Many people with vaccine damaged children TRIED TO TELL YOU–but YOU chose to listen to men like Bill Gates who want to make $$ off these shots and reduce the population at the same time.

YOU chose to ridicule us , calling us “conspiracy theorists” and “Unscientific people”—when it is YOU who are the unscientific ones, putting your faith into a shot that you know nothing about, distributed by men and companies that NEED YOU TO BE ILL.

BUH BYE and “TOO BAD”

So heed this warning, or take your chances with Bill Gates, his eugenicist friends and their vaccines. Choose wisely.

Its up to you.